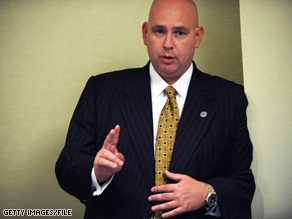 The truth is that the right-wing, including right-wing publications such as Fox and the National Review, is running scared. Multiple respected Republicans, unlike those in Washington today, are lobbying against Trump’s reelection. The most aggressive is “The Lincoln Project.” Several prominent Republicans decided to attack today’s Republicans in name only for their support of Trump’s Constitutional violations and end Trump’s reign of terror from the White House.

Among the founders of The Lincoln Project are George Conway, husband of Kellyanne Conway, and Steve Schmidt, John McCain’s Campaign Manager during the 2008 campaign.

Marco Rubio, a member of the failed TEA Party, and a former candidate for the Republican nomination in 2016, has proven himself unfit to serve in Washington over and over again. He has also proven that his intellect is insufficient to be a United States Senator.

The Lincoln Project attacked Rubio for his support of Trump’s most recent Constitutional violations. His latest Executive Orders are an abuse of the powers of the executive branch. The National Review is attacking Schmidt for his continued attacks of the man Trump called “Little Marco.”

Schmidt: “Trump is attacking our 231 year old tradition of free and fair elections. At long last we know the type of man Marco Rubio is. He is no friend of liberty. He is an apparatchik at heart. A self interested enabler and a collaborator with the indecency he once denounced.”

Personally, I love the Lincoln Project. They are matching Trump and the right-wing publications with vicious attacks and challenges to lies from Republican extremists, while the rest of us can tell tales about the danger of today’s fake Republicans and their illegitimate leader.

The only enemy feared by the right-wing is the truth. Not a single Republican could win an election today if the American people were aware of all the facts in their past and present.

Photo courtesy of Freedom to Marry

My eight novels, including “Tales from Between the Sheets,” are available on Amazon’s free Kindle app

My books can be found at “James Turnage”