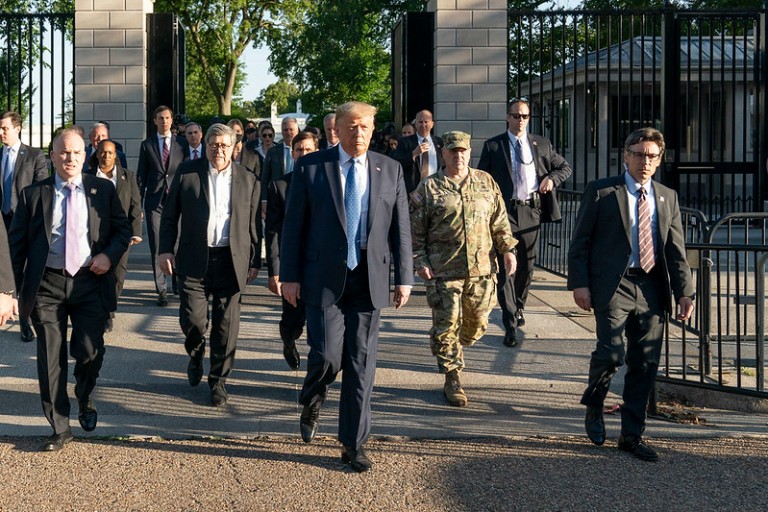 2017, 2018, and 2019 were the three toughest years for real Americans in history. Trump spent all of his time golfing, playing at Mar-a-Lago, watching television, and attacking real Americans and the Constitution. His ambition from day one was to destroy the many accomplishments of his predecessor, a real president, Barrack Obama.

2020 has become a year of revelations about Trump and his failed party. Facing his first real crisis, he earned a grade of “F,” it would be lower if possible. He and his entire party ignored warnings from the World Health Organization and the Centers for Disease Control about an approaching pandemic.

Although he was first informed of a possible health crisis in November of 2019, he ignored the information provided him, claiming that “it will go away” until mid-March. Studies prove that as many as 50,000 lives in the United States could have been saved if he displayed leadership in January. If he had taken action immediately, most American businesses would be open today, safely. It is unforgivable that with less than five-percent of the world’s population, America leads the world in both number of cases and deaths by a wide margin.

Trump refuses to accept responsibility for anything and is blaming health professionals for his enormous failures. States with Republican governors supported Trump and ignored the danger to their state’s people: they are now the centers for a dramatic resurgence in cases across America. They denied the need for masks, social distancing, and keeping most businesses involved in customer service closed. Trump lied, so they lied, although today we know that their choice to be ignorant has cost lives and income for millions of Americans.

Next came crisis number two, the murder by cop of George Floyd. Not once has Trump spoken about the serious issue of reforming law enforcement and our entire judicial system. Instead, he continues to support systemic racism within the police, sheriff’s departments, border patrol, and ICE.

The protests continue, and Trump continues his fascist threats. On June 1st Trump violated the Constitutional rights of hundreds of Americans in the most demonstrative act of fascism ever committed by a man who claims to be America’s president.

After assembling members of the military and the Capitol police, he marched from the White House to St. John’s Episcopal Church. As his entourage left the White House gates, led by his gestapo, rubber bullets and tear gas canisters were used against the men and women in Lafayette Park. The purpose of this action by a wannabe dictator; a photo op.

Then came the third crisis; a situation about which Trump had been informed of since March of 2019. In February our nation’s security agencies confirmed that Russia had been placing a bounty on American soldiers in Afghanistan. The Taliban received financial rewards for the death of every American. Trump continues to deny that an act of war was being waged against our nation by the GRU under orders from his idol, Vladimir Putin.

Republicans continue to support him, although he is not an American president and has failed the people of the United States miserably.

If you have a Republican governor, and believe him or her instead of the scientific community about the seriousness of Covid-19, you must literally “have your head examined.” You are choosing ignorance over scientific fact. Many more American lives have been lost related to this pandemic than the men and women who died in the Korean conflict, the Vietnam War, the Invasion of Iraq, and the continuing war in Afghanistan. You obviously enjoy being lied to as you cherish your ignorance.

My eight novels, including “DOING THE RIGHT THING FOR GOD AND COUNTRY,” are available on Amazon’s freeKindle app