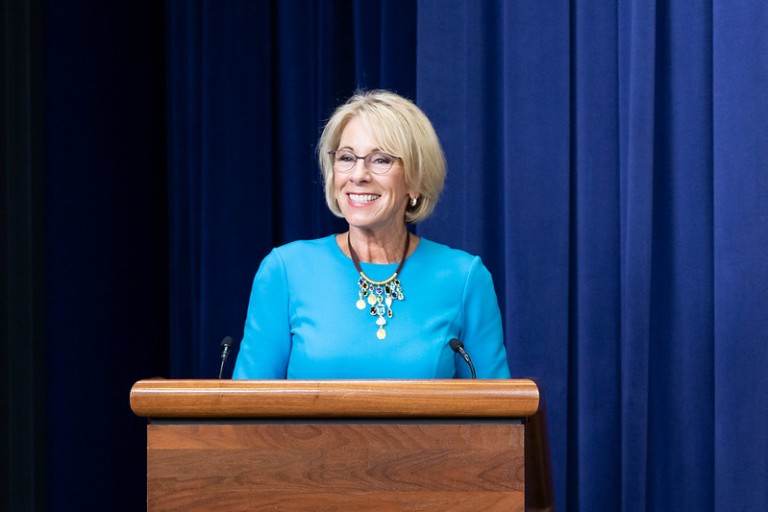 Here’s what I expect from any specific cabinet member. He or she should be able to answer any question related to his or her department. When there is an issue in their department, they should be able to develop a plan to quickly solve the problem. A leader takes control when the difficulty exists within their specific area of expertise. This is why they were hired, unless you are a member of Trump’s cabinet. Not one of his advisers is qualified for his or her position.

The least qualified member of Trump’s circle of sinners is undoubtedly the woman who calls herself the Secretary of Education, Betsy DeVos.

DeVos and her husband are billionaires. The only credentials she had for her position were the tens of millions of dollars she and her husband donated to Republican candidates. She is a Christian extremist who does not believe in our nation’s public school system. She favors vouchers for all children; forcing them to attend private Christian schools. In matters of sexual assault and rape on our nation’s college campuses, she believes the blame belongs to the young women.

It is not a surprise that DeVos supports Trump’s demand that our nation’s schools be reopened this fall. They have threatened any school board which decides not to reopen with the removal of federal funding.

Nearly all healthcare experts believe that it is too soon. The coronavirus is surging in our nation’s largest states; California, Florida, and Texas. Southern states in general are experiencing a record number of cases.

This past weekend Dana Bash interviewed DeVos. Every direct question she was asked, was not answered. The questions included doubts about the safety of our nation’s children and how they might infect other family members. DeVos was asked what plan the Department of Education had composed to make our schools safe. She had the same answer for each, which was not an answer: “our Schools need to be opened.”

“What we’re saying is that kids need to be back in school and that school leaders across the country need to be making plans to do just that. There’s going to be the exception to the rule, but the rule should be that kids go back to school this fall,” DeVos said. “Where there are little flare-ups or hot spots, that can be dealt with on a school-by-school or a case-by-case basis.” In other words: “Plan? We don’t need no stinking plan!”

Freshman Representative, Ayanna Pressley of Massachusetts, had this to say about the ‘dingbat’ trump placed in charge of your children’s future. 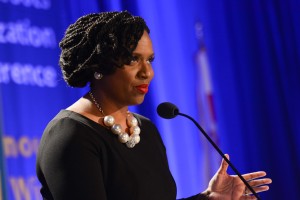 In a tweet knocking DeVos on Sunday afternoon, the first-term lawmaker directly called her out, writing, “@BetsyDeVosED you have no plan. Teachers, kids and parents are fearing for their lives.”

“You point to a private sector that has put profits over people and claimed the lives of thousands of essential workers. I wouldn’t trust you to care for a house plant let alone my child,” she continued.

Now for a final chuckle; another comment which proves that Congresswoman Pressley is spot on in her evaluation of DeVos.

I worked in a very minor position for the CDC for a short period of time. When it comes to health issues, there is no room for “flexibility.” There is no cure for stupid.

My eight novels, including “A Brother’s Revenge,” are available on Amazon’s free Kindle app