Golf is more important than the lives of our military

Our nation’s security agencies are confirming the story about Russia placing a bounty on U.S. soldiers in Afghanistan in an agreement with the Taliban. There is now a paper trail proving that the story is factual. Trump is calling it a ‘hoax’ and a plot to undermine his presidency. Does this fool believe that any American is less intelligent than this mentally challenged fake president? 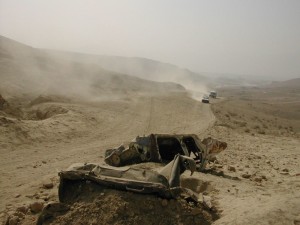 The truth is that he was first informed of this travesty in the President’s Daily Brief given to him in March of 2019. Trump was informed several more times as recently as February of this year. 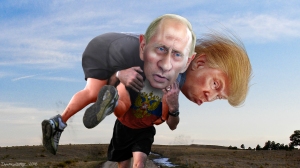 Facts prove that Trump is unwilling to perform his duties. If he is not doing the job for which he was elected by the Electoral College, he should resign. His entire illegitimate presidency has been an illusion: his accomplishments do not exist. Not a single promise he made to his cult has been kept.

And just what are Republicans in Washington doing about this critical failure? Defending Trump of course with lies and misdirection of whose responsibility this is. By the way, this is not an “issue of national security,” this is a fact the American people have a right and a need to know. We must thank the fourth estate for telling the truth.

“Well, I think the president can’t single-handedly remember everything, I’m sure, that he’s briefed on, but the intelligence officials are familiar with it and briefed him,” said Senator John Cornyn. “But again somebody’s leaking classified information and then trying to further a narrative that isn’t necessarily supported by the facts.” Really? The American people shouldn’t expect the old, obese, mentally challenged man to do his job? Not very believable, Cornyn.

Cornyn is another Republican bullshitter, and is unfit to be a member of congress. His lies make him a traitor to the American people, and when he is up for reelection, the people of Texas must bring this old, white man home to retirement.

Trump is losing to Joe Biden in every poll. Many Republicans are abandoning the schoolyard bully and rallying against a second term.

Senator Ben Sasse of Nebraska responded with his usual effort to appear to be ready to hold Trump accountable at some point, saying: “Who knew what, when, and did the commander in chief know? And if not, how the hell not? What is going on in that process?” Sasse also jumped on the chance to look like a tough guy, adding: “What are we going to do to impose proportional cost in response? In a situation like this, that would mean Taliban and GRU body bags.”

The truth is that Republicans will once again allow Trump to get away with a huge lie while he violates his oath of office. Inaction is not “defending the Constitution against all enemies, foreign and domestic.”

Republicans, all Republicans must be sent away from Washington. Please, do the right thing and vote on November 3rd.

“Sheena, Queen of the Streets,” is a wonderful uplifting story of a young woman’s survival