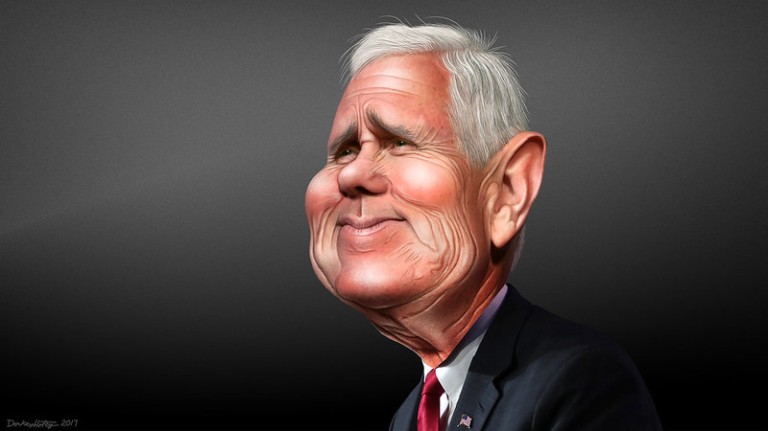 Trump and Pence have attacked the protests which began after the murder by cop of George Floyd without any inclination that they understand or empathize with the anger of black Americans although scores of black men and women have been physically abused and murdered by law enforcement. They claim that their first amendment rights are invalid. However, when Pence was questioned by the press about the danger of exposure to Covid-19 by Trump supporters at rallies where men and women are huddled into close proximity, as the pandemic surges once again, he ignored the question.

“The freedom of speech, the right to peaceably assemble is enshrined in the Constitution of the United States,” Pence said when asked — during the first public briefing by the White House coronavirus task force in two months — why he and President Donald Trump moved forward with campaign events.

“We have an election coming up this fall,” Pence said. “And President Trump and I believe that, taking proper steps — we created screening at recent events — and giving people the very best counsel that we have, we still want to give people the freedom to participate in the political process. And we respect that.”

I call ‘BULLSHIT.’ and I am one hundred percent correct. Trump and Pence have proven over and over again that the first amendment is not valid as it relates to their plans for America.

Trump is desperate. If the election was held today, he would lose by an historic margin; the greatest defeat by any president in our nation’s history. Trump’s ego cannot accept this fact and he is about to explode internally. Next will come efforts to literally ‘rig’ the election.

Although Trump is desperate to win, he is even more desperate not to lose. Losing is the story of a life of failure and another loss would be the end of his existence as a malignant narcissist.

In many ways Pence is worse than his master. Trump’s mental deficiency is unquestioned by every honest American, and although Pence is aware of the truth he continues to ignore the future of our nation while choosing to protect the worst man on the planet.

Pence does not reflect the definition of a “man.” He is a tool of Donald John Trump who lacks the courage to do the right thing and place his country first. He is a despicable loser who lacks integrity and self-respect.

Pence’ choice to ignore the failure of Trump to lead the fight against the coronavirus is unforgivable. It is their fault that the United States leads every nation in the number of cases and deaths, and the pandemic is resurging in several western and southern states.

Every government official takes the same oath, an oath I administered to hundreds of men and women. The oath requires that the respondent places the future of their country first. The last part of that oath contains this promise: “to preserve, protect, and defend the Constitution of the United States of America against all enemies, foreign and domestic.” Pence is aware that Trump is our nation’s enemy, and continues to lie. He must be impeached for violating that oath.