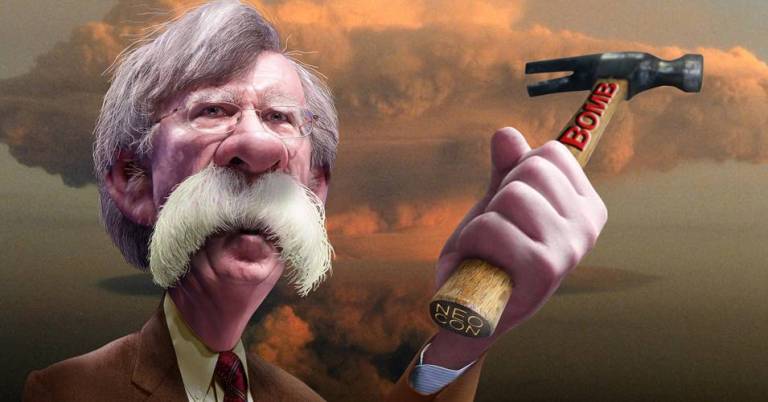 John Bolton’s tell-all book, “The Room Where it Happened,” may be 100 percent fact, 90 percent fiction, or somewhere in between. Many allegations in the book contain information revealed in similar publications from former White House employees. As I read the transcripts from Bolton’s interview with ABC’s Martha Raddatz, some of the parts were more frightening than I believed possible. They apparently confirmed my greatest fears.

I have written negative and true things about Trump for the last five years. I have researched his past, and uncovered secrets he was desperate to keep. Much of that information remains hidden from the American people. Both parties are covering-up for Trump to protect themselves. They are in fear of the truth. Both Democrats and Republicans could have prevented or ended Trump’s illegitimate presidency over the last three and one-half years. Look at the facts. We’ll discuss this more later.

Bolton claims that “There really isn’t any guiding principle — that I was able to discern other than — what’s good for Donald Trump’s reelection.

“Now, look, you can’t take the politics out of politics. It plays a role in every aspect of decision making in the executive branch. But there’s no coherent basis, no strategy, no philosophy. And decisions are made in a very scatter-shot fashion, especially in the potentially mortal field of national security policy. This is a danger for the republic.”

It was also very disturbing that presidents have national security meetings daily to keep informed about possible situations which might be a danger to America. Trump held a meeting once each week or after longer periods of time. He appeared to be unconcerned. The possible rationale for this is the fact that he refuses to, or cannot read the President’s Daily Brief.

He describes Trump as a man who admits he has no plan, everything in his life becomes a situation where he simply “wings it.” This is obviously why he failed in business, and why our country is floundering today. Trump’s most hilarious joke was when he said, “I have-a big-a brain.” I laughed until I peed a little.

One thing Bolton alluded to which we all know, is that Trump does not accept advice from others. He is unquestionably a malignant narcissist who trusts no one but himself.

The next book which will be released was written by Mary Trump. She is Trump’s niece, the daughter of his older brother, Fred Jr., who passed away at age 42. Previews offered by Ms. Trump claim that Trump’s instructions to his children offered the same advice, “trust no one,” including their father.

Information reveals that at least 4,500 books have been written about Trump since his inauguration, most of them offering negative evaluations of your illegitimate president.

Finally, let’s return to the fact that both parties could have removed Trump from office or prevented him from winning the election three and one-half years ago.

During a meeting in the Oval Office in October, 2016, leaders from both parties, Moscow Mitch McConnell, Paul Ryan, Chuck Schumer, and Nancy Pelosi were in attendance. Joining them were President Obama, and the leaders of our nation’s security services. It had been confirmed that Russia was attempting to interfere in our election in support of Donald Trump.

After a heated discussion where Moscow Mitch threatened to tell the American people that Democrats were attempting to destroy Trump’s opportunity to win the election, the President capitulated and decided not to inform the American people of the facts.

This was Obama’s one big mistake. This is our country. He and every other elected official in Washington works for us. We had the right to know the truth.

By March of 2017 it was obvious to every intelligent American that Trump was the ‘dullest tool in the shed.’ After 26 respected psychiatrists signed a letter expressing their concerns and suggesting a mental evaluation of your new president, his own party should have acted.

Article 25 of the Constitution provides for this situation. The vice-president, his cabinet, and leaders of his own party can remove a sitting president if they determine that he or she is physically or mentally unable to perform the job for which he or she was elected. Pence, McConnell, Ryan, and the others did nothing. They are as responsible for Trump’s failures related to the coronavirus as he is. Their hypocrisy and cowardice must never be forgotten.