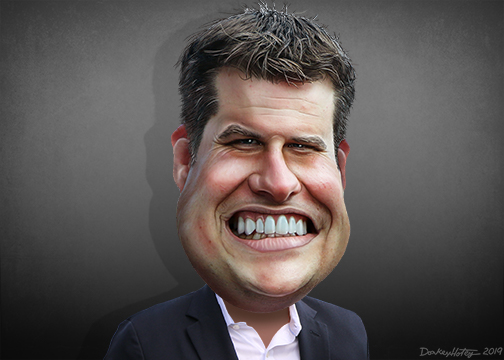 If you follow politics you know who Representative Matt Gaetz is. The Republican congressman from Florida is one of Trump’s most loyal serfs. He shares a lot with his puppeteer; he lacks basic intelligence, lies constantly, loves himself more than the voters he was elected to represent, and enjoys the sound of his own voice more than anything else.

So, I was not surprised when he became involved with congressional efforts to create some form of reformation of law enforcement policies. Protests continue across the nation and around the world inspired by the murders of George Floyd and Breonna Taylor. Of course, he’s on the wrong side of the issue; on Trump’s side.

After a passionate speech, Democratic Representative Cedric Richmond, from Louisiana, attempted to stop Gaetz from making an ass of himself. His parents should of considered that and used a condom. The following was the last part of Richmond’s speech.

“ I don’t mind dealing with other issues you all may have. What I don’t want to leave this conversation with—why I am speaking now instead of later—is because I don’t want you to leave here saying: ’We did not know. We did not know that’s how you felt.’ I want to be crystal clear and I will give you the benefit of the doubt it is unconscious bias I’m hearing, because at worst, it is conscious bias and that, I would hate to assume from any of the people on the other side.”

Gaetz: “Are you suggesting that you’re certain that none of us have non-white children?” Rep. Richmond very quickly attempted to stop Gaetz from sticking his foot into his mouth: “Matt, stop!” But Florida Man Gaetz loves the taste of his own shoe polish, and he continued: “Because you reflect on your Black son, and you said none of us could understand.”

REP. RICHMOND: I am not about to get sidetracked about the color of our children. I reclaim my time.

This didn’t stop Gaetz who interrupted again, this time in a louder, more shrill voice.

REP. GAETZ: You are claiming more concern for my family? Who in the hell do you think you are? You don’t know— you should take those words back—

Order was restored quickly and Rep. Richmond asked, “Was that a nerve?”

Gaetz made one last effort to misdirect the conversation as he suggested a law forbidding athletes from taking a knee during the National Anthem. More fascism and a violation of the first amendment.

The right wing is desperate. In spite of all their efforts to lie for Trump by ignoring the fact that he refused to acknowledge the threat of a pandemic, and his refusal to admit that law enforcement is biased towards the black community, polls show that most Americans believe that Trump failed to lead our nation in a time of crisis. His favorability rating continues to plummet.

The November 3rd election will be interesting, to say the least. Be a part of the fun; please vote.