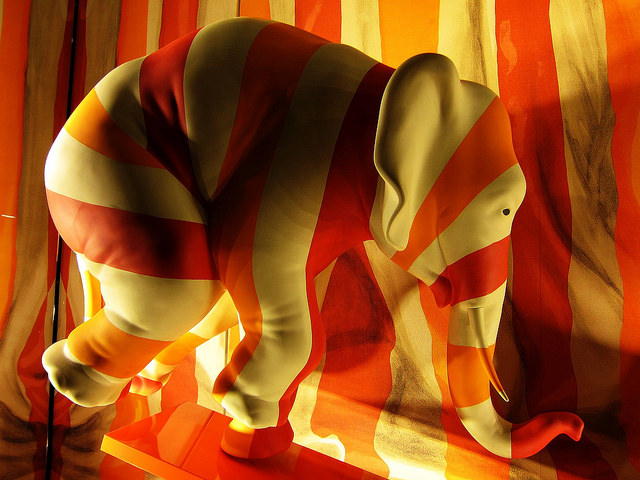 To tell the tale of this article, we must return to the presidency of Ronald Reagan. During his 1980 campaign and even during his first few months in office, Reagan appeared to be the president we needed. I, and millions of other voters made a hopeful choice that he was the right man at the right time for our nation.

The truth is that Reagan’s fiscal policy, and his personal beliefs were far more extreme than Independents and Democrats had hoped. It became apparent almost immediately that Reagan supported the wealthy and denied the rights of the working class. He was a religious extremist and ignored the intent of our founding fathers. The beginnings of the end of the American dream was underway.

By the end of his second term, our nation was experiencing an unacceptable unemployment rate, and the national debt was near one-trillion dollars.

When George H.W. Bush won the presidency in 1988, he continued the policies of his predecessor. Reagan’s failures forced Bush 41 to raise taxes, an unwise campaign promise to not raise taxes: “read my lips, no new taxes:” removed any opportunity for reelection. This was the first time we knew that a Bush was not intelligent enough to lead our nation, and it would become far more dangerous with the turn of the century.

William Jefferson Clinton was elected in 1992. He reversed the failed policies of his two Republican predecessors. When he left office in 2001, our nation was out of debt and was experiencing a surplus.

Enter Bush 43. He had been a complete failure in his business ventures, and any intelligent American knew that he would fail America.

By the time his administration left office in 2009, our nation was engaged in two unwinnable wars and nearing a second depression. Reagan’s “trickle-down economics” had failed once again.

“W’s” failures were ignored by right-wing politicians and the once Grand Old Party moved further to the right. The old man of the senate, Mitch McConnell, and his cronies began to accept extremist philosophies in an effort to destroy the efforts of President Barrack Obama to institute policies which would save our nation’s economy.

Fox News, in collaboration with billionaires supporting the fascist ideas of right-wing extremists, created the TEA Party. In 2010 a group of unqualified and “paid for politicians” were elected by ignorant voters. Rand Paul, Marco Rubio, Ted Cruz, Matt Gaetz, Mike Pence, Steve King, Matt Bevin, Steve Scalise, Mark Sanford, Tim Scott, Louie Gohmert, Mike Lee, Sarah Palin, and Michelle Bachmann, among others, were supported by billionaires who decided that ‘buying elections’ was easier than buying votes from the American people. It was not only cheaper, it was far more effective.

These men and woman were bought and paid for by billionaires who ordered them to create policies so far to the right, they were wrong for the American people.

These facts are proof that the once Grand Old Party, the Republican Party of Abraham Lincoln and Teddy Roosevelt, no longer exists. It is controlled by their president, who is not an American, and greedy leaders like Moscow Mitch McConnell, John Cornyn, and Chuck Grassley. These old, white men have surrendered to the extremist branch of their party and renounced their principles and ideals. They are without dignity and integrity.

Our country, the dream of our founding fathers is imploding because lies and conspiracy theories are replacing facts and the truth. For America, Trump is the ‘Anti-Christ.’ His goals are personal and if our nation implodes, it is not his concern or his problem.

For decades the right-wing moved our nation to the far right, and many Democratic politicians abandoned their progressive ideals and followed, fearing political defeat. It’s time to move our nation back to the left: to the policies and beliefs of Franklin Delano Roosevelt who placed people ahead of profit.

Throughout modern history, when Republicans are in control of our government, the working class suffers. Right-wing politicians have been the party of the wealthy for at least four decades. We can change this on November 3rd. All Republicans must be removed from Washington ASAP.