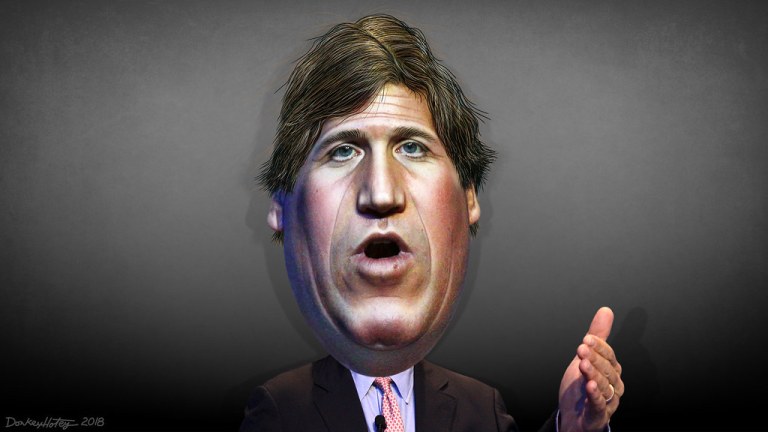 When the right-wing propaganda machine, calling itself “Fox News” was created by Rupert Murdoch and Roger Ailes in 1986, two goals became the foundation for success. First, create a forum for right-wing extremists who would be allowed to say and do anything to defeat their Democratic opponents. Second, the truth, facts, and reality were not important. Sensationalism creates advertising dollars. Alternative facts would be created and appease viewers who want to believe the lies offered by a fake news network which fallaciously claimed that their broadcasts were “fair and balanced.” This would be laughable if millions of biased and bigoted Americans had not chosen to believe the lies from this tool of the Republican Party.

In the beginning, Fox cultivated personalities who pretended to be legitimate journalists. Bill O’Reilly established himself as the most effective paid liar on their broadcasts. Other liars, including Sean Hannity, and Megyn Kelly soon became household names. Their efforts to distort the truth became infamous in the world of journalism.

O’Reilly left the network in disgrace, and Kelly defected in hopes of saving her pitiful career. They are both nothing more than disgraced traitors to the fourth estate today. Sean Hannity is the only member of the triumvirate of liars remaining. Replacing Kelly was another ambitious paid liar, Tucker Carlson. 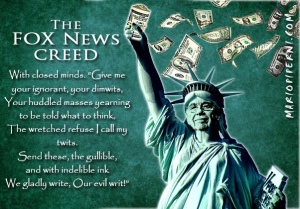 Both Disney and T-Mobile have cut ties with the primetime Tucker Carlson Tonight’s broadcast over the host’s polarizing point of view on the Black Lives Matter movement and the desire for justice and equality in America that many of its members advocate.

Money is the evil which supports broadcasts like Fox News. Founder, Rupert Murdoch, is not concerned about facts, he is concerned with advertising revenue. All right-wing politicians, their supporting publications and cable news broadcasts are more interested in profits than the facts and how they affect our nation.

The name or label applied to today’s growing protests triggered by the murder of George Floyd, are inconsequential. The truth is that black Americans have faced actions of bigotry and racism by corporate America, and law enforcement for 244 years and before. Racism is not “occasional” with actions by law enforcement, which is what Republicans and the mainstream media would like you to believe. Every black American has tales to tell about harassment by law enforcement. Parents of black children are obligated to teach their children how to act around law enforcement to save themselves from physical assault and the possible loss of their lives.

When Fox News’ paid liars greatly exaggerate the facts leading to the longest and largest protests in American history, they must be accountable for their falsehoods. The facts are irrefutable. America is the most racist nation in the developed world.

Trump’s administration has a single goal; move our nation backwards into its dark past. For Trump’s circle of sinners recognizing the serious problems of racism, income inequality, Islamophobia, homophobia, and sexism are unimportant and have been ignored. Their goals are focused on the success of the super-rich also known as special interests.

The lives of black Americans, and the future of Hispanics and other minorities are of no interest to the Trump regime.

Carlson and his fellow Fox News paid liars are traitors to the American people. The future of the United States of America is unimportant to them; today’s financial success is their only goal. They are not Americans and must be revealed for who they are, and are not.

I beg you to vote on November 3rd, even if the voter suppression of the right-wing creates difficulty for you to do the right thing for yourself and those you love do not give up your rights to Trump and his circle of sinners.