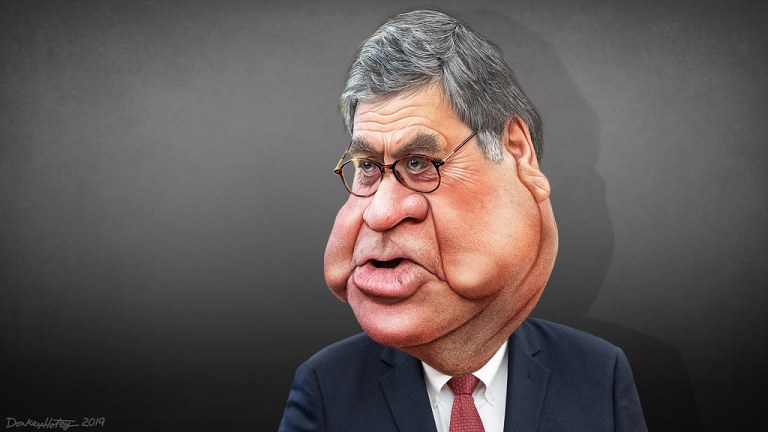 First, I want to clear the air. If anyone thinks that William Barr is acting as our nation’s Attorney General, they would be delusional. He is nothing more than Trump’s errand boy.

For more than a week, in all 50 states, Americans seeking justice have marched in the streets. Sadly, a small number of these men and women decided to disrupt the peaceful protests and become violent. Although some city officials reported involvement by white supremacist groups who were inciting the violence, Trump claimed that “Antifa” was involved. There is not an iota of proof which justifies Trump’s claim.

Trump is now calling the marchers “terrorists.” The only act of terrorism was committed by your illegitimate president on Monday evening when he ordered police and military to remove peaceful protesters from Lafayette Park with rubber bullets and tear gas so he could have a ‘photo op’ at St. John’s Episcopal Church, proving that he is a fascist dictator.

On Thursday Barr appeared before the press, dragging with him FBI Director Christopher Wray, officials from the DEA, ATF, and the Bureau of Prisons. After the others expressed their condolences to the family of George Floyd, it was Barr’s turn. He followed his puppeteer’s lead and focused on the few violent acts, and ignored the purpose for the protests. He blamed “extremist agitators who are hijacking the protests” before saying that “we have evidence that antifa and other similar groups … have been involved.”

Unfortunately for Barr, Director Wray was in attendance. And although he refused to admit that he reported to Trump and Barr that no evidence existed involving Antifa, he said: the violence was initiated by “anarchists like antifa … and other agitators.” And just like Barr, he didn’t name any of those others. 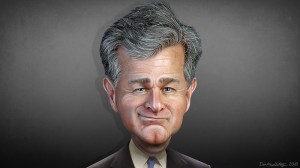 A legitimate Attorney General would have discussed the reason for the protests and offered assurance that the justice department would address the failures of our judicial system. Not Barr, he is a member of Trump’s white supremacist cult, and “black lives don’t matter” to him.

A reporter confirmed that there was no evidence of involvement by Antifa, and then offered evidence that at least three of those arrested so far are members of the racist, right-wing “Boogaloo Bois.”

Barr protested that he did name others. “That’s why I said antifa and other groups like antifa,” said Barr. If that wasn’t bad enough, Barr then went on to say that the FBI had been cranking up its data collection and intelligence operations against people who are “antifa-related.” That was the cue for Wray to pop back to the podium and declare, “We have quite a number of investigations of violent anarchist extremists, including those of antifa or antifa-like motivations.” Lies, lies, and more lies.

Every member of Trump’s administration has a single purpose: protect the pathological liar in the White House. They are not in their positions to perform the duties expected of them, their purpose is to save Trump’s humongous ass.

The American people deserve better, and on November 3rd we can make that happen. Ridding Washington of the infestation of Republicans in name only will produce a functional government once again. Please vote.