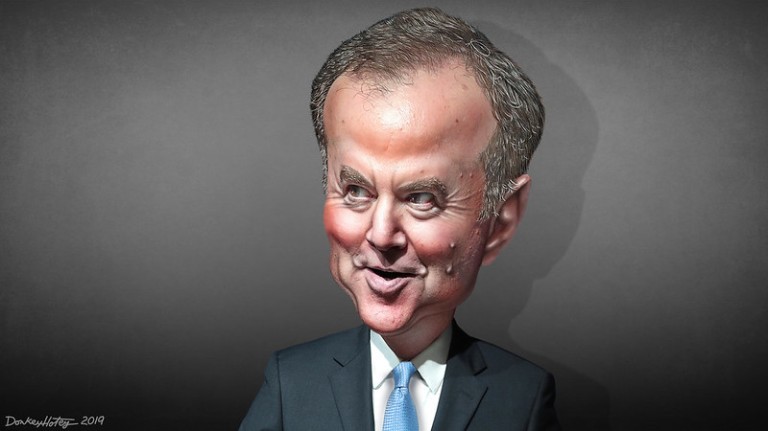 When I was a young man, I often heard my uncles referring to the differences between Democrats and Republicans. Their overall evaluation was that “it doesn’t matter, they’re virtually the same.” As I learned about politics, I discovered this was mostly true. However, today they are extremely different and this change is the result of the demise of the once Grand Old Party, which has moved so far to the right they are out of the picture. Fascism has arrived in America and it’s symbol is an elephant.

After the death of Senator John McCain, not a true Republican remained on the right side of the aisle. Today’s right-wing politicians are in fact the “Trump Party.” They serve special interests and not the American people. Although our government consists of three separate but equal branches, the Trump Party has surrendered all their power to the executive branch, creating our founding fathers’ greatest fear; an autocrat. They must be stopped.

Adam Schiff is the Chairman of the House Intelligence Committee. Representative Schiff made the closing speech at Trump’s impeachment trial on Thursday; possibly the best and most damning speech ever made on the floor of the senate.

Schiff accurately described why Trump must be removed from office for the good of our nation.

“Whether we can say it publicly, we all know what we’re dealing with here with this president. Donald Trump chose Rudy Giuliani over his own intelligence agencies … that makes him dangerous … Why would anyone in their right mind believe Giuliani over Christopher Wray?”

If you read or watched Schiff’s speech you would agree that in any other venue, he would have received a standing ovation.

“Because right matters. And the truth matters. Otherwise, we are lost.”

The Senate chamber was silent as he left the podium. But that silence was ringing.

Naturally I expect those who call themselves ‘Republicans’ will refuse to do the right thing and support the future of our nation. They are all hypocrites and cowards and are a disgrace to the offices they hold. Most importantly they ignore the American people. The latest polls revealed that 70 percent of Americans believe that Trump deserved to be impeached and 51 percent believe that he should be removed from office.

My eight novels are now available on Amazon; the Kindle app is a free download; CLICK HERE