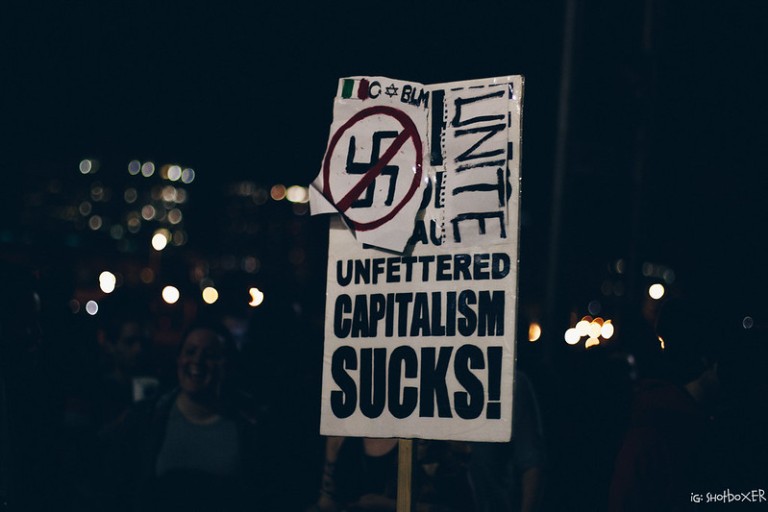 “Every month when the Bureau of Labor Statistics releases its monthly jobs report, Donald Trump and Republicans crow about the economy and the low unemployment rate. And every month, too many Americans wonder when they’re going to start feeling the effects of that ‘great economy.’”

This is the first paragraph in a revealing article written by Sher Watts Spooner for the ‘Daily Kos.’ I’m going to get right to the most important question; “why doesn’t the mainstream media, especially the television ‘news,’ report the truth? If you are one of 704 billionaires or 18.6 million millionaires, you are doing very well. You are experiencing the benefits of living in today’s plutocracy. I might note that all broadcast “news” personalities are members of the “millionaires club” in America.

Trump’s misnamed “tax reform” benefitted the wealthy and harmed the middle class; this is fact. Eliminating several beneficial deductions is forcing hard working Americans to pay for the tax breaks for the wealthy and corporations. In addition, drastically reducing corporate taxes has added one-trillion dollars to the national debt.

Another fact the media refuses to report; the majority experience a better quality of life under Democratic leadership. Reagan’s fiscal policy, “supply side economics,” better known as “trickle-down economics,” has been the policy of every Republican who succeeded him, and in every case has failed miserably.

Trump’s policies have made the rich, richer, while income inequality widens every month. The working class has become a tool for America’s major corporations. Although they report 300, 400, 500 percent and more profits each year, the men and women who work for them do not share in these outrageous profits.

Sadly, millions of America’s working class choose to be ignorant and believe the lies from the right-wing. Republicans have proven time and time again that they are incapable of governing the largest economy in the world.

Finally, all governments are bad; some are worse than others. America’s is the worst in all developed nations. The national motto is “profit before people.” Our government has failed its citizens in areas of healthcare, educations, and quality of life. Americans work more hours and have less free time than any other developed nation in the world.

Time for change; real change. You can create this change with very little effort. Your vote on November 3, 2020 is a powerful and indefensible weapon. Use it wisely and vote for yourself and your loved ones, not for a political party who will lie to you to get that vote.

My seven novels are available only on Amazon;CLICK HERE